This shows Sand Beach in Acadia National Park on the south side of Bar Harbor, Maine. Each “number” represents a page of 9 photos. 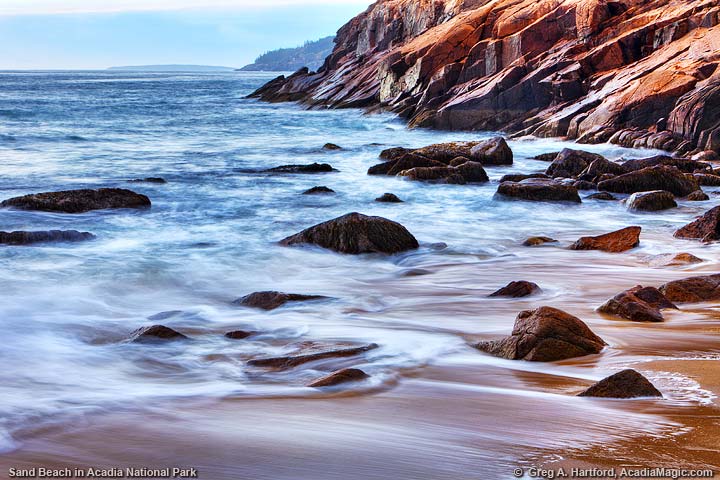 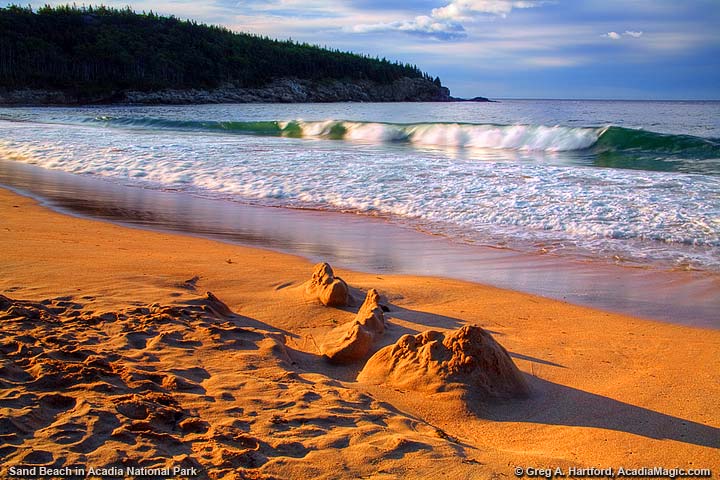 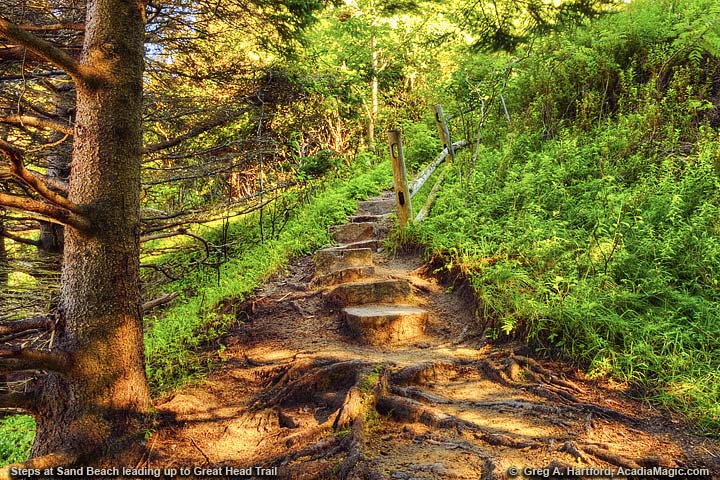 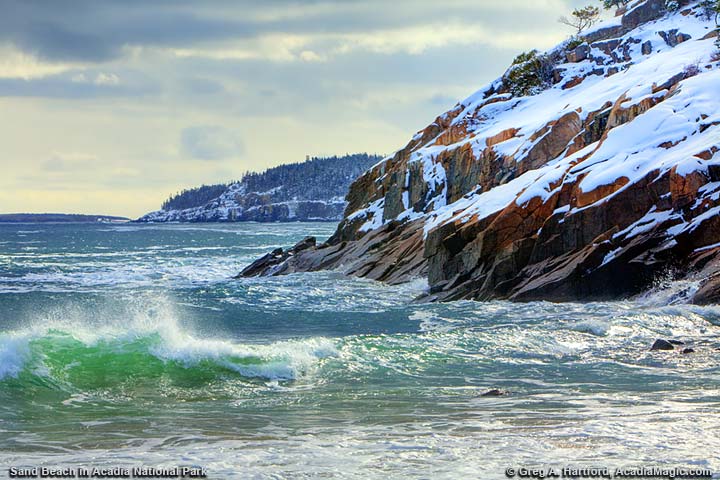 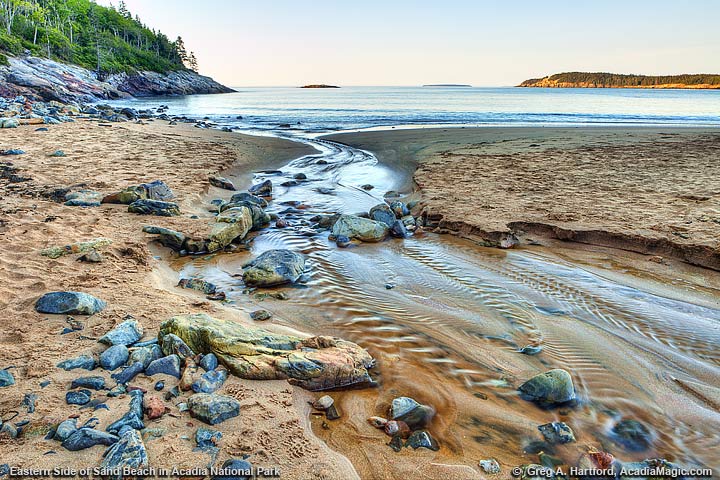 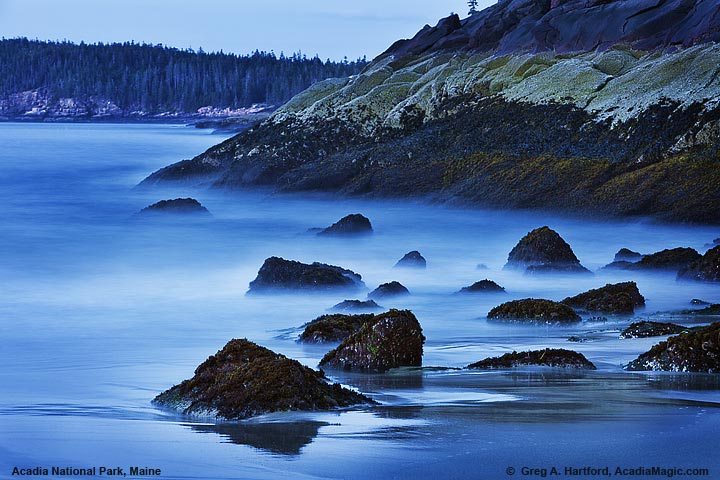 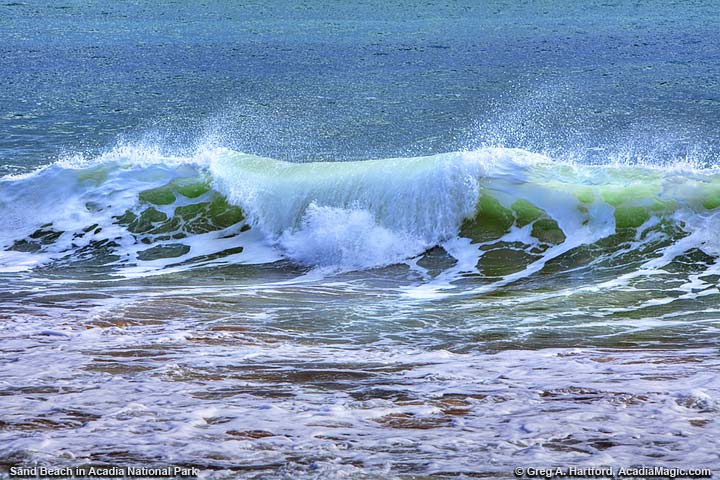 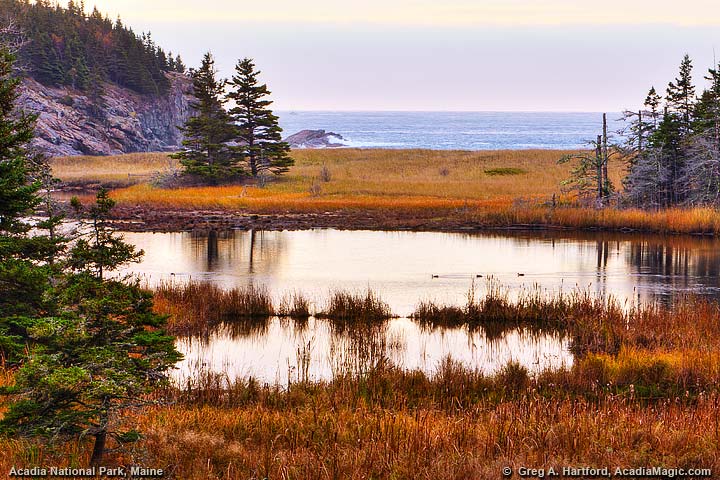 In this second grouping of Sand Beach photos we have a full range of seasons represented. There is a way to get to Sand Beach even during the winter time. The first image was captured during late October, The second one showing the fallen down sand castle was taken on July 2, shortly after the sun rose above the Great Head headland. The fence and grass was from the same morning. The fourth image showing some granite steps leading up to the Great head Trail is from July 30 whereas images five and eight are from February. The sixth represents June. The blue image is from July 22 at 4:30 AM. The last autumn image is from October 22.